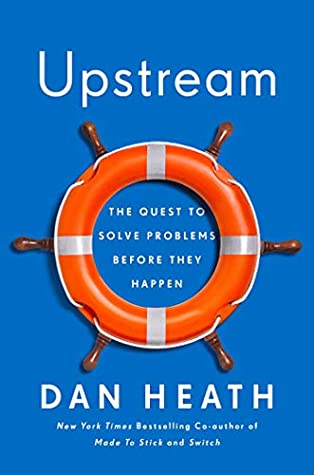 Problems are so inherent in our lives that we either learn to live with them or fail to even notice them. But we forget that the most effective way to deal with problems is not just to solve them, but also to prevent them. When you build systems—habits, rituals, and processes—to prevent problems from reoccurring, you adopt an upstream approach. This also frees up your cognitive resources to pursue larger goals.

This is my book summary of Upstream by Dan Heath. It’s a collection of quotes from the book and my own thoughts. This summary includes key lessons and takeaways from the book.