How to Expand Your Thinking and Discover New Ideas

Home Creativity How to Expand Your Thinking and Discover New Ideas

How to Expand Your Thinking and Discover New Ideas

When rats began dying because of rodenticides, the animals developed strong neophobia — a reluctance to eat foods they did not recognize.

Norway rats, in particular, prefer foods they recognize either from having tasted them or from having smelled them on the breath of other rats. After all, any food a living rat has eaten has not killed it.

Rats follow this heuristic even if the rat whose breath is smelled is sick. Recognition dominates illness information.

Human beings don’t depend on such elementary systems to decide what to eat or how to live. But we follow a similar pattern in many areas of our lives. We place a higher value on familiar objects, especially when they get compared with unfamiliar ones.

This is an example of the Recognition Heuristic, which states:

If one of the two objects is recognized and the other is not, the recognized object has a higher value.

How Important is the Recognition Heuristic?

For our hunter-gatherer ancestors, the unknown was dangerous. Being adventurous could cost them their lives. If they ate food that they didn’t recognize, they could get poisoned. If they ventured outside their tribe, they could turn into easy prey for predators.

As a result, our species developed a subconscious mindset to stick to what we were familiar with. And we use this mindset frequently even today, without being aware of it.

When we buy groceries, hang out with friends, or choose what to watch on Netflix, we prefer the names we’re familiar with. Given a choice between the unknown and the known, we choose what we know.

And for good reason. The average adult makes about 35,000 decisions each day. Imagine what would happen if we created spreadsheets to weigh the pros and cons of the tiniest decision?

The recognition heuristic helps us take quick and accurate decisions without burning out. This leaves us with larger mental bandwidth for important, non-reversible decisions. And it helps us avoid suffering from analysis paralysis.

But an overt reliance on what we know creates its own set of problems.

Why It’s Dangerous to Stick to What You Know

Every name, idea, or belief we get familiar with becomes a part of our comfort zone. This includes the ideas we oppose because opposing them makes us feel comfortable.

And we go to expensive lengths to stay in this comfort zone.

We zone out during conversations about topics outside our boundaries of knowledge, or we try to steer them towards topics we feel confident about.

We apply tried-tested-and-failed solutions to problems instead of experimenting with new ones. Or we slink into inactivity and hope the problems will miraculously disappear.

We reject new ideas because “that’s not how it’s done.” 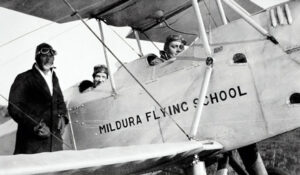 In other words, we try to correlate every piece of information, new and old, with our existing beliefs.

Take the current pandemic. When it broke out, people resorted to all sorts of explanations. Just another bird flu, a conspiracy, an event that will change the world, and so on.

In essence, many people tried (and are still trying) to give the unknown a semblance of certainty so they can feel comfortable.

When we try to make everything fit in with what we know, we set up barriers between ourselves and what we don’t know. We succumb to hubris and denial. And we become like the turtle that starves itself so it doesn’t have to hunt for a new shell when it grows.

Without useful information that expands our circle of competence, we make poor financial or career decisions. When we don’t skill up, our job roles become redundant. When we apply solutions that stopped working a long time ago, problem-solving becomes a game of Whack-A-Mole.

Expand The Depth and Breadth of Your Knowledge

The above points don’t imply that the recognition heuristic is a cognitive bias. As I mentioned, this model helps us avoid analysis-paralysis and lets us save energy for important activities.

What I’m getting at is that it’s important to expand the depth and breadth of our knowledge, and to add a wide assortment of tools to our toolbox. Then, we can pick and choose between them to achieve better outcomes.

This might sound hard, but it’s not. You can build an amazing toolbox by taking tiny steps. Like:

Ever wondered why most people’s forecasts are off by some distance? In a nutshell, it’s because of their limited view of the present and the past.

When people with limited knowledge make a forecast, they find two convenient dots in the recent past, connect them, and draw a straight line into the future.

That’s why they say history repeats itself. And that’s why the best way to educate yourself about how the world works is to study history.

You learn about the twists and turns of the past, and how people reacted to them. You discover parallels to current-day scenarios and build a rational outlook. And you can predict how things will turn out a little more accurately than others.

Thus, studying history makes you better at predicting the future.

History enlightens you on the Herculean challenges people faced and the philosophies they developed to manage their lives better. Stoicism, for example. And if you learn from it, you’re more likely to improve your own life.

When you study history, you realize that accidents due to new technology, while tragic, occurred each time something was invented. The first fatal car accident occurred in 1896. The first plane crash death occurred in 1908. When you hear of this, you’re less likely to be frightened of new technology.

Every idea you’ve had has already been thought, every book already written, every problem already solved somewhere else. This is good news. You can learn from the past to become smarter and better instead of trying to reinvent the wheel.

Bill Gates swears by this philosophy.

Ever since he was a teenager, Gates asked himself two questions each time he tackled big new problems:

Who has dealt with this problem well? And what can we learn from them?

He used this technique at Microsoft and uses it even now about COVID-19.

Every situation or problem rests on certain fundamentals that stood the test of time. If you can distill these fundamentals, your area of familiarity expands exponentially. You can structure your thinking, build robust mental models, and remain a step ahead of the curve.

The study of history deepens your knowledge. But that’s not enough. To expand your horizons, breadth is as important as depth. And this occurs when you build a network of weak ties.

In the current era, we take sides on everything — football, tech, racism, politics, cats versus dogs. We engage with people whose views align with ours and distance ourselves from idiots — people who don’t see things our way.

All this is a way to signal which “tribe” we want to be a part of. We associate our sense of self with the tribe and how positively others view it, which is also why we get into fights on social media.

But that doesn’t improve our self-worth. In fact, sticking to our tribe impedes our mental growth. It’s engaging with “weak ties” that boosts our happiness, knowledge, and a sense of belonging.

In 1973, Mark Granovetter, a sociology professor at Stanford University, published a paper entitled The Strength of Weak Ties.

We have different links — or ties — to people, Granovetter explained. We build strong ties with people we have a deep affinity for, like family, close friends, and colleagues. Weak ties, in contrast, could be casual acquaintances — people in our outer circles whom we interact with fleetingly.

Granovetter discovered that when it comes to opportunities, information, and knowledge, weak ties are much more beneficial than strong ones. A whopping 84% of people he surveyed, got their jobs through weak ties. Not just that; their jobs also came with higher compensation and satisfaction.

People we spend a lot of time with, swim in the same information and knowledge pool as us. Friendly outsiders bring us news of opportunities beyond our immediate circles. And with each opportunity comes the potential to amass some knowledge that can broaden our minds. 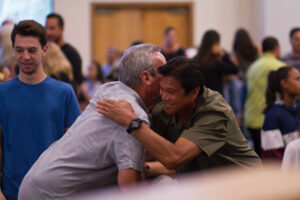 The Post-It Note was the result of 3M’s scientists from different departments sharing information between themselves.

Many of Apple’s delightful design features — like the bouncing dialog box when we type an incorrect password — are a result of the design team “kind of knowing” about the experiments they individually carry out.

My current opportunity to work as an editor came when a weak tie with whom I occasionally discuss sports, approached me. My management consulting days were my sharpest learning curve, and the opportunity arose when I serendipitously connected with a friend whom I had worked with nine years ago.

Most of my improvements in writing and podcasting are a result of my interactions with weak ties. A single deep conversation with a casual acquaintance invigorates me more than talking to my best friend every day does because it fills my mind with new ideas and knowledge.

But weak ties do more than just make us knowledgeable. According to research, conversations with casual networks help us learn to cope with the various difficulties of life. People with larger casual networks are also happier overall.

In a nutshell, engaging with people outside our immediate circles can improve our mental health, broaden our mindsets, and fuel our creativity.

Social media is a wonderful tool to build such circles. You can stay in touch with old colleagues and rekindle lost friendships. You can strike conversations with people you want to learn from.

But this doesn’t mean you pepper them with questions outright. The quality of your casual networks depends on the strength of your relationships. And giving more than you ask makes every relationship stronger.

Offer help. Drop a word of appreciation or kindness. Let people know you’re a real human being and not a mindless robot.

I’ve been following this advice for months now. And each email or text message I’ve sent has evoked a response. Many of them opened new doors to new avenues as I mentioned above. I got on the radar of people I admire and have successfully begun back-and-forth conversations with them.

You are the average of the five people you spend the most time with. But if you want to improve this average, a network of weak ties is essential.

The Recognition Heuristic is always a Work-In-Progress. You’ve never really “made it” because the world keeps moving forward.

Look for new ideas. Figure out their underlying concepts. Build a deeper understanding of philosophies that have stood the test of time.

Stepping outside your comfort zone can feel like walking on a snowing day without warm clothes.

But in the long term, it’s as much fun as exploring virgin territory. You don’t just discover a new place, you also discover something new in yourself.

Subscribe for weekly posts on creativity, productivity, self-improvement, and other topics that help you become better each day. Just enter your email address and click I’m In!

Comments are closed for this article!

Invest in A Meaningful Life

Get weekly insights from artists, entrepreneurs, and experts on leading a more productive life.

*No Spam. I promise.